There are a number of routers available that support VPN connections. Using a VPN at home is convenient because all of your computers and mobile devices can be connected to a VPN, without having to install a VPN client on each device. Also, with a VPN router you can easily connect Netflix devices, gaming consoles such as Xbox or PS3, Apple TV and more.

Who Makes The Best VPN Routers?

Routers that support the DD-WRT firmware are the best routers for running a VPN (virtual private network). DD-WRT is a third-party linux-based firmware, it allows the routers to possess many features such as VPN-Client integration.

You can get DD-WRT compatible routers from major manufacturers such as Linksys, ASUS, D-Link and Buffalo, we recommend these routers: 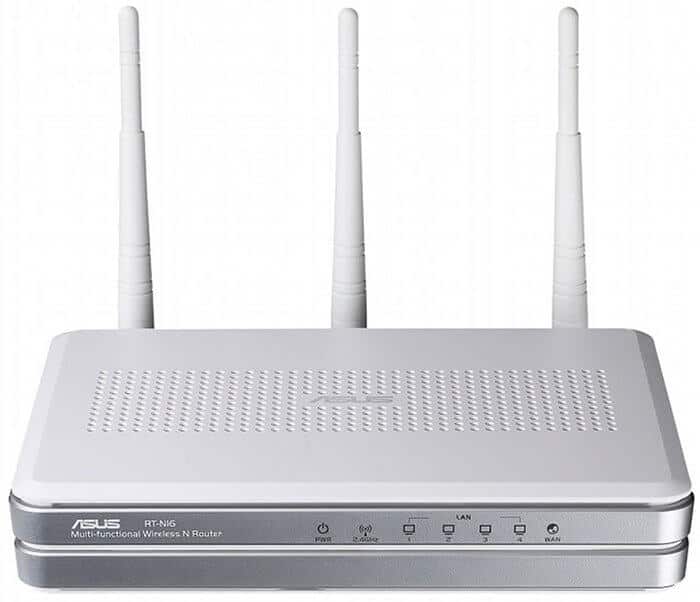 Update March 2013: I now recommend getting the newer ASUS RT-N66U router. See this guide to putting VPN software on it.

ASUS makes a number of routers that support DD-WRT. We like the ASUS RT-N16 because it’s a wireless N (300Mbps) router that you can get for under $100. The router has two USB ports, meaning that you can attach any USB hard drive or thumb drive, thus making a fully functional NAS device. It also has 128 MiB of RAM, 32 MiB ready for flash and three detachable antennas.

As with just about any other ASUS router, you’ll need to flash it with a proper DD-WRT firmware. Stock firmware does not possess an openVPN client by default. On the other hand, flashing process is definitely straightforward when using the ASUS Firmware Restoration Tool.

The well with either PPTP, L2TP or openVPN protocol. When it comes to speed and stability, the openVPN UDP protocol is probably you best bet.

A user on Reddit describes his experience connecting to a VPN on this router:

I recently purchased the ASUS RT-N16 and it has worked really well for me. It has never failed or stopped working under heavy load, and that’s with two computers torrenting, xbox live, media streaming, and a web server all running. Also, ASUS encourages it’s customers to install DD-WRT on it.

The ASUS RT-N16 is available from Amazon for about $90. 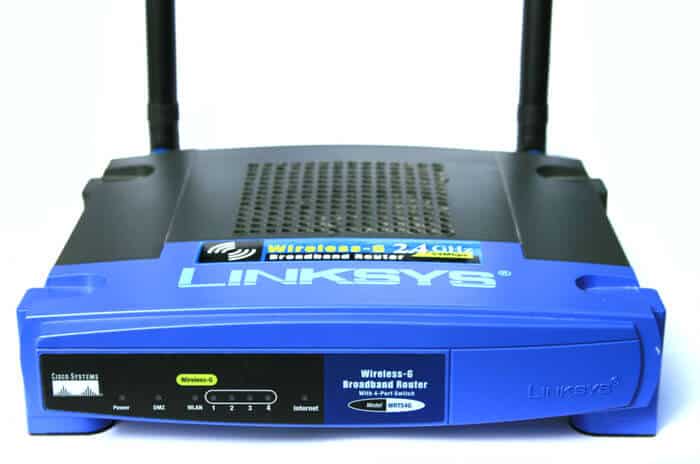 Linksys routers have supported VPNs for more than a decade. Any of their router with “WRT” in their names will support a VPN using DD-WRT. We chose the WRT45G Router, because it is available for under $50, while supporting Wireless-G (802.11g at 54Mbps) and Wireless-B (802.11b at 11Mbps. The ASUS router is obviously newer and more future-proof, but Linksys router is an inexpensive, reliable choice too.

Here is the procedure to set up a VPN on a Linksys router:

The Linksys WRT45G Router is available from Amazon for about $50.

Update: One of the easiest ways to get a router that is pre-configured for use with a VPN is to buy one from FlashRouters — they specialize in VPN routers.

4 thoughts on “Best VPN Routers For Home Use: Review”